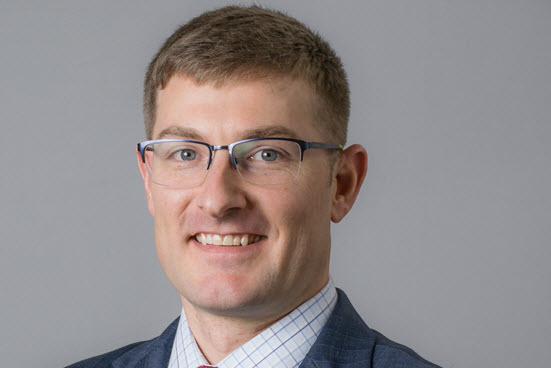 “A passion of mine is meeting new people and becoming a proactive part of their lives,” said Ingram. “Brightway has developed relationships with more insurance brands than any other company in the greater Baton Rouge area, so I can cover more risks than other agencies.”

A U.S. Army veteran who lost his left arm after being struck by a roadside bomb in Iraq in 2005, Ingram successfully challenged medical retirement and enrolled into the Army ROTC Program at the University of North Georgia in Dahlonega, Ga. According to the Army*, he was the first amputee to earn an Army ROTC commission. After his 2008 graduation, Ingram served as an Engineer officer, deploying three more times between Iraq and Afghanistan. He earned two Bronze Star Medals, a Purple Heart and numerous others medals. He later graduated with a Master of Business Administration from Norwich University in Northfield, Vt., and retired at the rank of Captain. Ingram brings 10 years of leadership and management experience to Brightway, recently serving in management and executive positions in the energy and insurance industries.

“Seeing my wife’s success as a captive Insurance Agent led me to research the independent sector and subsequently, Brightway. I was enamored by the range of products Brightway offers and moreover, the character of the organization,” Ingram added. “It was apparent that they truly care for not only their customers, but also their agents and employees, a winning combination that sealed the deal for me.”

Ingram and his wife will celebrate their one-year anniversary Nov. 11, and are expecting their first child in September. A competitive triathlete and marathon runner, he loves fishing, running, cycling, golfing and hunting to unwind. As a Brightway Agency Owner, he looks forward to leveraging relationships to create a deeper impact on his community.

“Richard Ingram has a drive and grit that will make him a stellar Agency Owner, and we are pleased to welcome him to the Brightway family,” said Brightway President, Talman Howard. “He has served his nation honorably, and as a Brightway Agency Owner, he’ll have a cadre of support behind him to help him successfully grow his business as quickly as possible while providing world-class service to customers.”

About Brightway Insurance
Brightway Insurance is a national property/casualty insurance retailer selling through a network of franchised independent stores throughout the country. With more than $535 million in annualized written premium, the company is one of the largest personal lines agencies in the United States. Brightway provides its franchise owners with access to more insurance companies than any other agency, along with a comprehensive system of support that frees them up to focus on customizing policies that meet their customers’ needs.

Brightway began franchising operations in 2008 and has since grown to more than 800 people in 20 states serving customers in all 50 states. Forbes has recognized the company as America’s No. 1 Franchise to Buy. Additionally, the company was named a top franchise three years in a row by Entrepreneur magazine and one of the fastest-growing private companies in America nine consecutive years by Inc. 5000.

For more information about Brightway, The Ingram Agency, visit BrightwayIngram.com or call 225-412-0300. Learn more about franchise opportunities with Brightway at BrightwayDifference.com.