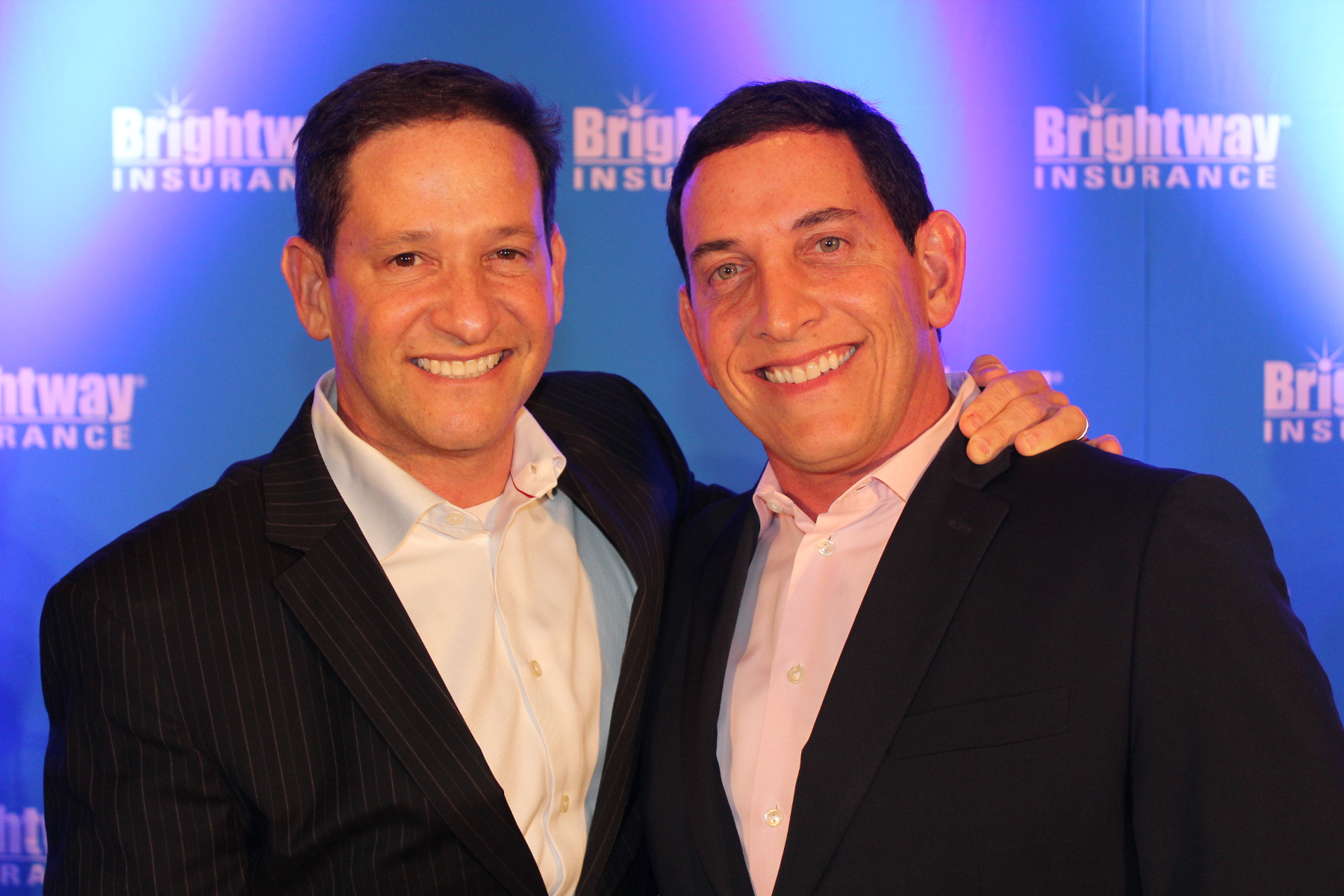 Forbes, Natalie Burg, Feb. 21, 2017 - Brothers David and Michael Miller were brought up to fight for what they believe in. Some of their earliest memories are of attending civil rights rallies with their mother in the 1970s. Decades later, they draw a direct connection between the values of their upbringing and the astounding growth of the company they founded together, Brightway Insurance.

“We were always raised that it was our responsibility to stand up for what we thought was right,” said David Miller, Brightway’s chairman and co-founder. “It was very natural to us to build a system that was doing things for the right reasons. We’re protecting people and making sure they’re able to achieve their personal potential.”

The Millers’ core values are just one way that Brightway, which offers both business and personal insurance products, differentiates itself in the crowded industry. As local insurance experts, Brightway agents around the country leverage innovative technology to counsel customers about “total protection” — a combination of coverages from dozens of insurance brands to provide the greatest peace of mind. Brightway prides itself on offering more than twice as many insurance brands as any other agency.

Since launching in 2008, the company has grown beyond its Jacksonville, Florida, headquarters to include 134 locations, with nearly 300,000 policies in force, and has gained industry recognition, including nabbing the top spot on Forbes’ Best Franchises to Buy in 2015.

David Miller started working in the insurance business in 1993. But it wasn’t until he purchased his own agency in 2003, and Michael Miller joined him, that they began to develop what would become the Brightway concept.

They imagined their version of an ideal insurance environment, one that would combine the resources of a national brand with the customer-first philosophy of a local business.

The Millers also saw an opportunity to create a model that worked better for everyone inside the company under the operating mandate “W3,” which stands for “Win, win, win.”

“Could we make a profit on all those things? Absolutely,” Michael Miller said. “But we’ve chosen to not do that because by us allowing our business partners to lower their fixed costs, it allows them to have a better return on investment, to break even quicker and to invest more in their business, which is not only great for them, it’s good for me.”

That perspective allows Brightway to receive maximum benefits from appreciative vendors, and to identify like-minded business partners that are the best fit for the company.

For example, Brightway used to bank with a large national financial institution. The Millers sought to enhance their partnership by having different divisions at the bank collaborate on behalf of Brightway. However, the large bank just didn’t operate that way.

Soon after, they spoke with a SunTrust representative and brought up the idea of building the same kind of collaborative relationship. “The reaction was exactly the opposite,” Michael Miller said. “They said, ‘Well, that makes complete sense. Of course we will do that.’ We were blown away.”

David Miller describes SunTrust as “a very purpose-driven company,” just like Brightway. “We realized that SunTrust really thinks about business differently,” he said. “We’re an innovator, and it took an innovative financial institution to see that and believe in us.”

The Millers expect their success to continue. The company has reached more than $436 million in annualized written premiums today, and it’s projecting to more than double that to $1 billion in 2020, with 600,000 policies in force.

“At the end of the day, if you give consumers everything they want and there’s no one else that delivers what we do, it’s not rocket science that we’re going to win in the marketplace,” David Miller said.

A former downtown development professional, Natalie Burg is a freelancer who writes about growth, entrepreneurialism and innovation.

This content is educational in nature and is not an advertisement for a loan or business solicitation. It does not constitute legal, tax, accounting, financial or investment advice. You are encouraged to consult with competent legal, tax, accounting, financial or investment professionals based on your specific circumstances. We do not make any warranties as to accuracy or completeness of this information, do not endorse any third-party companies, products, or services described here, and take no liability for your use of this information.

Forbes and SunTrust Bank are independent entities and not legally affiliated.